We built a greenhouse which holds gravity, and contains a a hydroponic irrigation system. The system functions with a filter which separates the oxygen and carbon dioxide molecules into two separate valves. The large valve filters the oxygen into the greenhouse and water for irrigation, and the small valve passes along carbon dioxide.

The plants release carbon dioxide and thus helps regulate and maintain the right amount of oxygen in the air within the greenhouse dome.

In addition, the system is capable of turning water into ice for various needs. 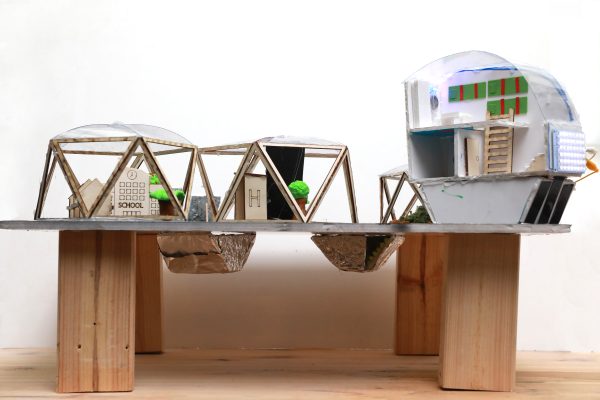